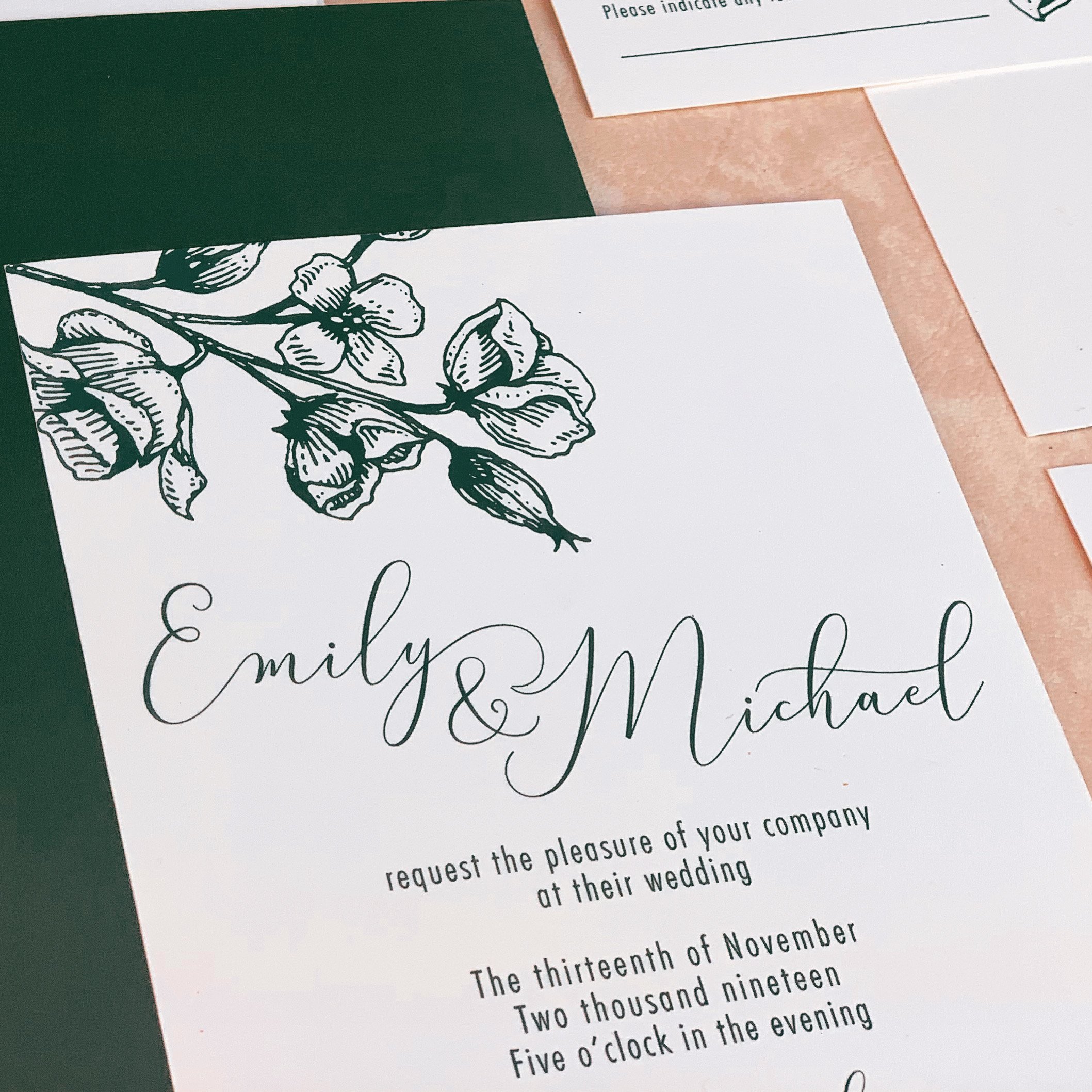 A few weeks ago, I asked for some assistance in identifying a particular script font that a client wanted to use. And it got me thinking: Should I use script fonts on invitations? Will my clients even be able to read them?

The reason why I asked myself this question is because the Common Core national educational standards that were introduced in 2010 and adopted in the years following no longer require elementary school students to learn how to read or write in cursive. It’s hard to believe, but it’s true.

The first group of kids who may have never learned how to read or write cursive printing should be seniors in high school right about now. This poses an interesting dilemma for print design. As a designer, will guests be able to read script fonts on invitations? Will my clients?

Why use script fonts on invitations?

Script fonts on invitations provide a degree of grace and elegance that block fonts simply do not. The stylish curves, the swoops, the flourishes…you simply can’t impart the same feeling of sophistication with block fonts. If an entire generation of people can’t read script fonts, we designers are going to have to come up with some really creative ways to impart the same feeling to our designs.

This might seem like a silly question, but from what I’ve read about this topic, many in Generation Z (those born between 2000 and 2015) cannot read documents written in cursive. This poses a problem not just for people in my industry, but in print advertising in general.

Nikki Baird, the Vice President of Retail Innovation at Aptos, a retail enterprise solution provider, has noticed that when script fonts are used together with block fonts, teens do not even see the script font at all. “If your brand employs scripts, in the logo, in communications, in advertising – you might as well not have anything on the page. They just don’t see it.”

This poses a troubling dilemma for not just invitation designers like me, but for designers of print media in general. If people can’t read the advertisements, they won’t buy your product. Similarly, if they can’t read an invitation, they won’t attend your event.

What do other invitation designers say?

I am in several invitation design-related Facebook groups. They are invaluable resources to me as a designer because I have almost instant access to designers all over the United States and Canada who do what I do. We share best practices, tips, and yes, even stories about challenging situations so we can all learn from each other and do better for our own clientele. We are all professionals with a wide-ranging degree of experience and expertise. If I haven’t seen something, chances are someone else in my group has.

As I personally have not come across any clients who can’t read script fonts, I posed the question to my fellow professional invitation designers to get an idea of just how pervasive this problem is in my industry. I received some promising feedback.

One designer in Washington responded that she has had several brides this year request “less cursive” because they couldn’t read it. But most of the designers who responded to my inquiry reported that the schools where they live either never stopped teaching cursive or decided to add the requirement back into their curriculum. And that seems to be the trend across the United States.

Studies show that learning to write in cursive improves students’ motor and visual learning skills and improves dexterity in children’s hands and fingers. And because historical documents were written in cursive, being able to read them will be a valuable skill for learning history.

So will I use script fonts on invitations?

While some students may have never learned to read or write in cursive, it seems to me that the art is not lost. People who can read and write cursive will have a useful and important skill. And designers like me will be able to keep using our beautiful script fonts on invitations to create magnificent and elegant designs.